They say getting into business with family can get messy. While it may be true for some, we’ve seen local companies navigate the potential challenges and grow into popular brands.

One such Malaysian brand is the F&B company, Serai Group. Over its 3 decades of operations, one mother and her son-in-law have expanded the restaurant business, even birthing new brands under the group.

A question of eating for free

The story starts with Rina Abdullah, a former air stewardess with Malaysian Airlines, who’s the founder of Serai Group. Married to a hotelier, it was commonplace for the couple to move from one state to another.

It wasn’t until her eldest daughter, Qistina Taff was ready to begin primary school that Rina decided it would be best to settle down. Thus, they moved from Johor to Shah Alam, intending to stay there for good.

That was where Rina would embark on her entrepreneurial journey. And it all started with a simple question, when Qistina probed, “Mama, why don’t you open a restaurant? Then, we can eat for free,” Rina recalled in an interview with Top 10 of Malaysia.

The family were big fans of Thai cuisine and often frequented such restaurants, so it only felt fitting that they would venture into F&B through the cuisine.

With free time on her hands, Rina set to work and launched Serai Thai in 1990. Things worked out in their favour despite the competition, and she reported that the eatery was well-received by the residents in Shah Alam.

By 2006, Qistina, who had returned home from Australia with an undergraduate degree in Interior Design, decided it was time to expand the brand. The move was aided by her husband, Najib Abdul Hamid, who joined the family business.

Najib himself has a long portfolio of working his way up as a head chef in hotels and restaurants in Australia, where he resided for 11 years.

The restaurant business was expanded by 2010, taking on the Serai Group name. Embracing the name “Serai”, which means lemongrass in Malay, was a deliberate decision made by the team as the first restaurant was already a recognised homegrown brand.

Over 3 decades, the first Serai Thai restaurant in Shah Alam still remains, with 7 more outlets around the Klang Valley serving 3 generations of customers from all walks of life.

The start of larger ambitions

5 years after Serai Group became more stable as a business, Jibby & Co was launched at Empire Gallery, Subang, with a glasshouse concept designed by Qistina. The restaurant serves antipodean (Australia and New Zealand) food, with your usual Big Breakfast, poached eggs, and “The Hangover” to be found on the menu.

Since then, the group has expanded with more restaurants under the Jibby brand, a nickname that Najib went by in Australia.

Jibby East serves up Pan Asian and Western offerings. Decorated with eye-catching mural artworks and neon lights, the restaurant presumably targets a younger and contemporary group as its audience.

Meanwhile, Jibby Chow creates its interpretation of Chinese cuisines, such as offering a spin on chilli crabs with fried mantou, and steamed fish in soya sauce sourced from Bentong.

Jibby by the Park takes on a greenhouse concept, where customers are actually surrounded by the greenery of Desa Park City.

“Every new outlet is our pride and joy. Each brand is designed from scratch, from the concept and menu to design and food presentation,” said Qistina in an interview with Prestige.

However, a lack of manpower, maintaining consistency in their food, and ensuring that their brand is staying relevant with present trends were a few challenges she also pointed out in running an F&B business. Thus, the team dedicates plenty of time visiting the various outlets or supervising the production line to overcome these hurdles.

Dishes and concepts are inspired by the family’s travels abroad, but Qistina advised that simply replicating a successful concept overseas isn’t enough. “Know your local market and fill up the gaps. Something that works overseas may not necessarily work locally,” she shared in the interview.

With Rina as the group’s founder, her son-in-law as the managing director, Qistina heading interior design, and Atiqah, Rina’s 3rd child, managing the social media of the brand, Serai Group is a whole family affair.

Based on reports, the company is said to cultivate a family-like work culture with its hundreds of employees too, and some of its staff have been around since Serai Group’s early days.

Between 2019 to 2020, Rina joined hands with her former company, Malaysia Airlines, to become its food and beverage partner in a promotion. Through the partnership, Enrich members (the airlines’ membership programme) got to earn one point for every Ringgit spent at Serai Group’s restaurants.

In late 2021, Serai Group shared that it planned on setting up a restaurant in London. “We don’t just want to be a local champion. We want to establish the business in the international arena,” Najib had said.

As of today, there appears to be no indication that a London-based Serai Group restaurant exists yet, so it’s likely that it’s either still being built, or that plans have been delayed or changed.

Nonetheless, with a strong local presence after more than 30 years of operations, the popularity of Serai Group’s restaurants would likely not die down anytime soon.

In fact, the team is already reported to be opening several more outlets in KLIA via a partnership with SSP Group and Travel Food Services.

If international Serai Group restaurants don’t pan out as planned yet, this will be a good opportunity for the local F&B empire to delight the tastebuds of global travellers anyway.

The Key to Staying Hydrated 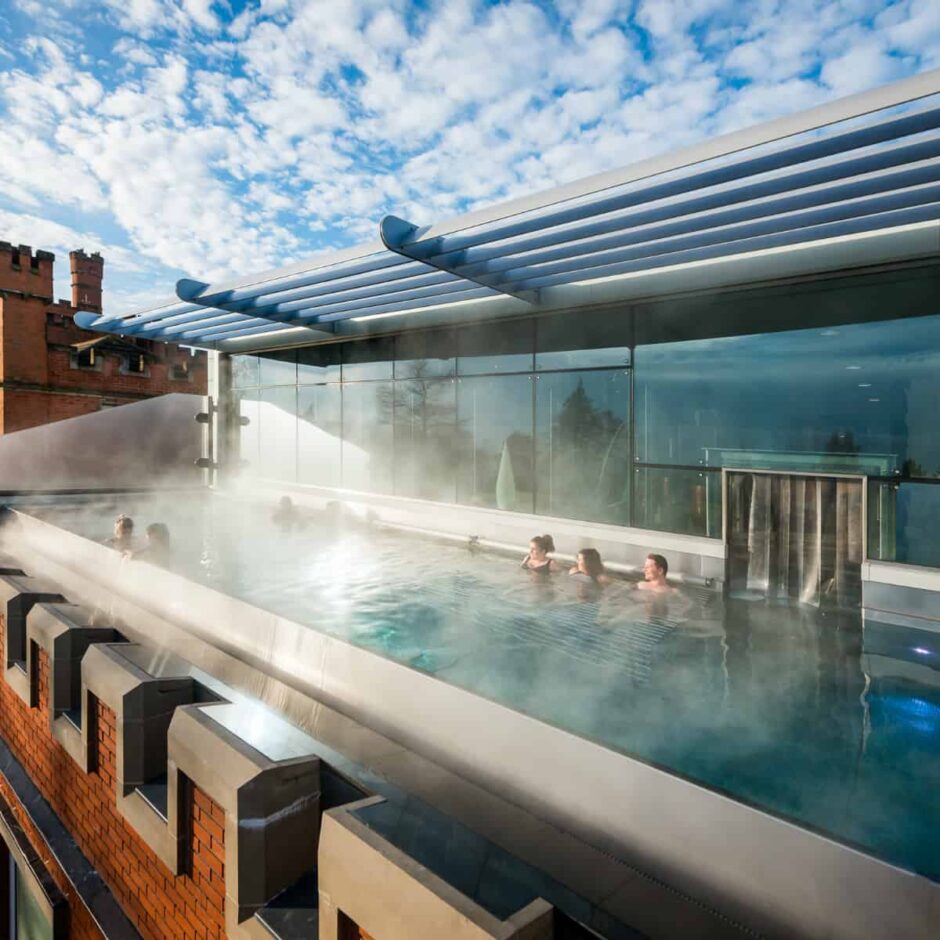 Kind to You, Kind to Your Monzo Pots – 12 Spa Breaks That Won’t Break the Bank

Breuninger becomes president of the IADS

My Experience with Covid – A Healthy Slice of Life

How You Can Deal With Stress And Anxiety

How To Avoid Jet Lag with Sabijn Linssesn of Retreat Here

4 Ways You Can Create The Perfect Work Environment

What Makes You Feel Safe and Grounded These Days?